The final tennis match in the county league for each year group was a home fixture against Bourne Grammar. Both teams remained unchanged and the desire to finish in top spot was evident.

Both age groups began with their two doubles rubbers;

Y 8’s were level with Bourne at 1-1 whilst the Y 10’s lost two close sets to trail the opposition at this stage. The singles matches were captivating with scorelines to-ing and fro-ing as the lead continuously changed.

For the year 8 team, Penny Lynn and Zoe Butterfield both completed convincing 6-1 wins at numbers 3 and 4 which spurred Lily Daykin on to win her number 2 rubber 6-4. Rachel Ward’s match at number 1 was tougher and after a slow start and trailing 0-3, pulled off a superb 7-5 win. (It must have been the raspberry muffins she baked for everyone!)

The year 10’s needed to win 3 out of their 4 singles matches to progress into the next round.

It all looked promising after Poppy Pearson won a closely fought set 7-5. Sadly, despite close sets, Flora Gemmell at number 3 lost 5-7, Erin Wilkinson at number 2 lost 2-6 and Maggie Ward lost 4-6. The result was a 10-2 scoreline to Bourne and means that QEGS and Bourne tie on top spot in match wins and rubbers won so the final outcome is down to the competition organiser. More will be revealed.

Congratulations to both teams – they look really pleased in their photos. 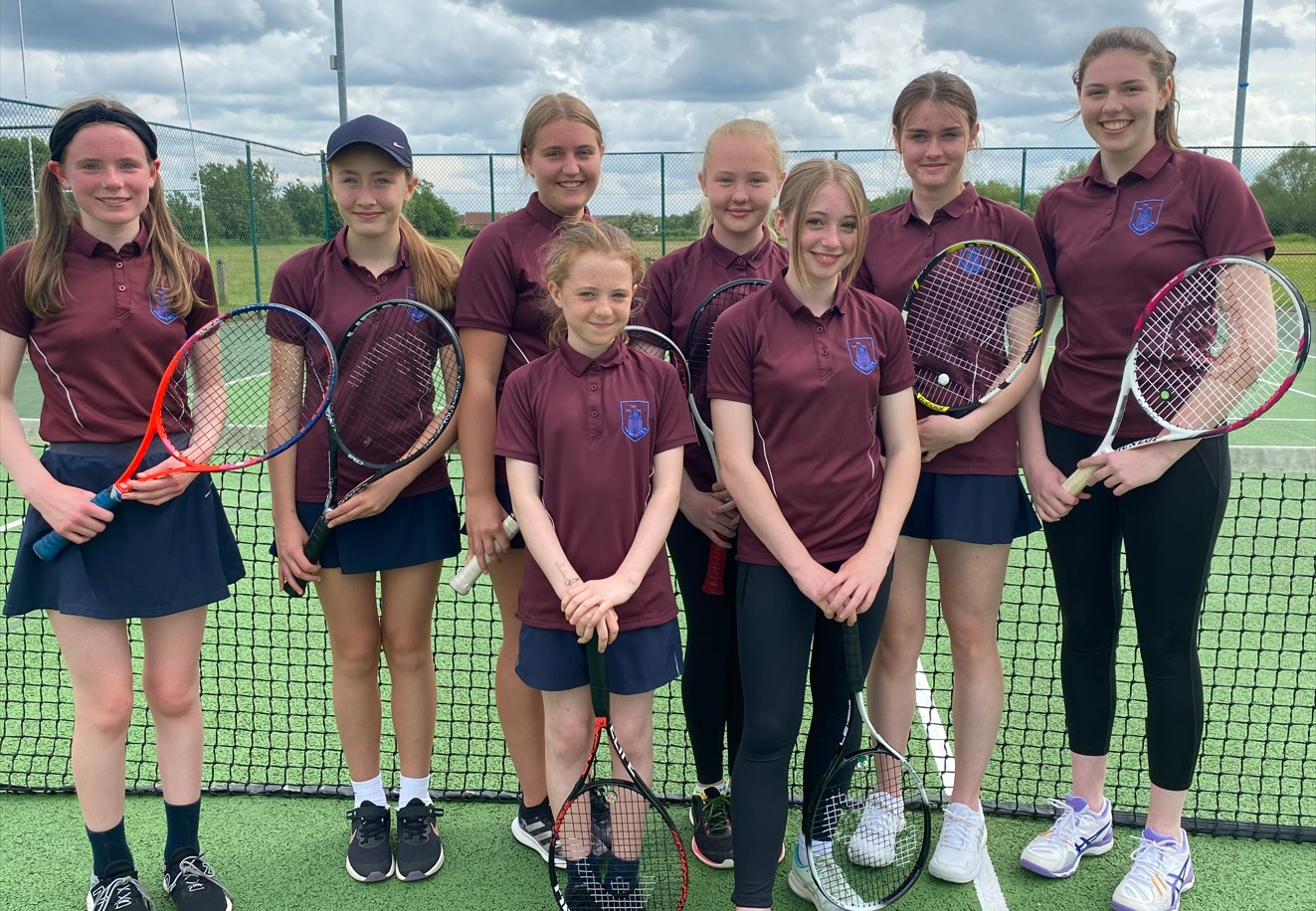