QEGS always had very strict rules on school uniform but in the early 1960’s net petticoats were the height of fashion and were worn by some girls.

In September 1961 after the morning assembly girls had to stay behind and file out of the hall past Miss Wheatley and Miss Wilkes. Anyone with an offending net petticoat had to remove it - it was labelled, put in a box and collected at the end of school.

The boys, needless to say were hanging about in the corridor, enjoying the proceedings. It was thought that one of the boys reported it to The Horncastle News and then the report was taken up by The Daily Express.

To the great excitement of the pupils the famous cartoonist “Giles” created a cartoon, which appeared in the Daily Express on 28th September 1961. (One slight discrepancy was that the cartoon depicted a boarding school) Not to worry - there was great excitement at QEGS the next day, fame at last. 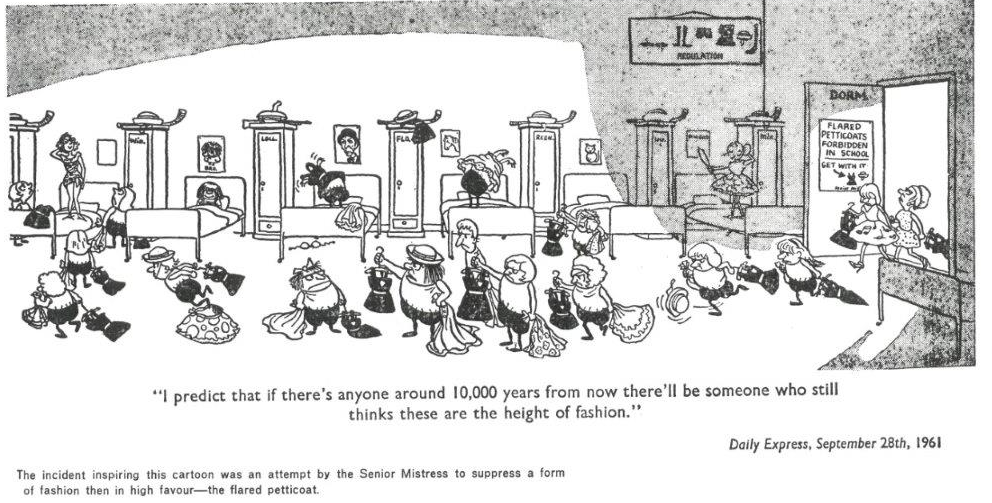