450 Years of QEGS: Our Celebrations 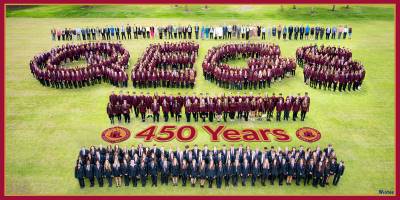 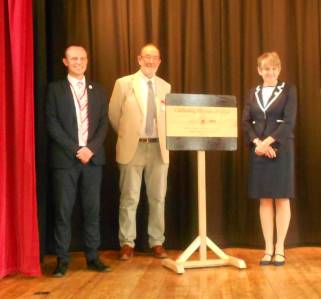 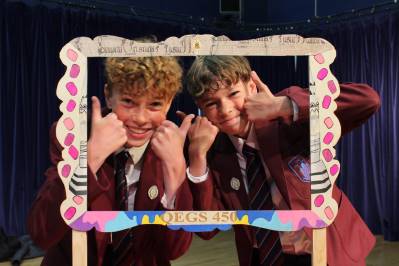 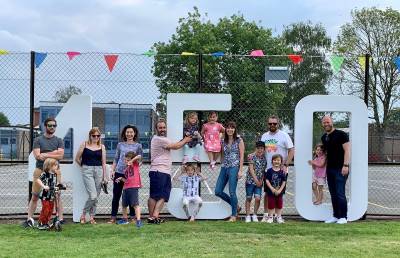 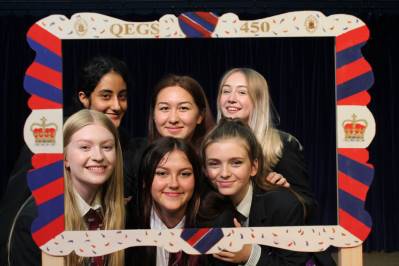 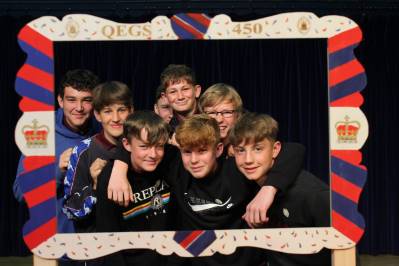 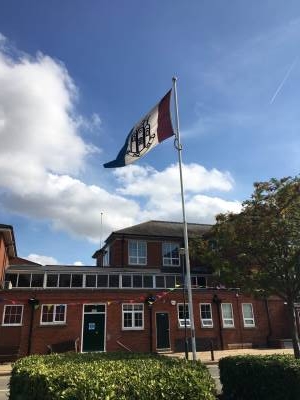 On Friday 25th June 2021, Queen Elizabeth’s Grammar School celebrated the 450-year anniversary of its namesake Queen Elizabeth I signing the charter for a grammar school in Horncastle.

To mark the occasion, we were joined by Mrs Payne (Headteacher 2009-2019), Mr Peacock (Headmaster 1986-2009), Mrs Rowland (wife of Mr Rowland, Headmaster 1962-1986, and former school mistress) and Mrs Reiz (daughter of Mr Rowland and former student), as well as Mr Brewster (Chair of Governors) and Canon Reverend Patrick for a service of commemoration and thanks.

After a welcome and introduction by Mr Furness, we were treated to a blessing by Canon Reverend Patrick and a short but informative history of QEGS by Mrs Payne – it’s hard to believe that girls were only admitted in 1904, which is a relatively short time in the school’s existence. Miss Hobbs read a selection of poems on the theme of time which were written in 2008 by students for the school’s centenary. Mr Peacock then gave an inspiring address discussing the achievements of past students all over the globe and how proud he was to be invited to celebrate with us. He even suggested an additional school motto of ‘esse optimus potes esse’, which translates to ‘be the best you can be’.

Members of the lower school choir sang together for the first time in 18 months with the very apt ‘As Long As I Have Music’. It was wonderful to hear live music after so long!

Students Grace Twilton and Sara Rajapaksha Arachchi presented the time capsule, which had been prepared by Mr Dunn and members of the school council. It contains items such as the latest copy of the Horncastle News and a national newspaper, money, a copy of the school photograph, a Covid test kit and a mask. The capsule will be located in the main hall and is due to be opened in 2071. The time capsule that already stands in the library is also not due to be opened until 2071.

Mrs Rowland then unveiled the commemorative plaque to great applause. This will be displayed in the main hall, along with a selection of displays and photos marking the occasion. Mr Furness closed the service by thanking everyone for being part of the history of QEGS and expressing his delight and pride at continuing the legacy of the school.

The service was videoed by A-level photography students, and was edited by Mr Grant of the media department, to be shown to students during non-assembly time.

Earlier in the summer term, Miss Brinsley and Mr Randman ran a competition to design a frame which would be used as a photo prop for students to take photographs of themselves. Various frames were chosen which embodied the ethos of QEGS. A supersized wooden ‘450’ was made by Mr Waterfall of the technology department, allowing yet more photo opportunities. Students were in high spirits as you can see!

We also invited Wrates school photographers into school prior to the anniversary celebrations to create a socially distanced school photograph. Each section consists of a different year group bubble taken throughout the day and then superimposed together to create a photo of Y7-10 and L6.

On day two of our celebrations, the skies were clear, the sun was out, and the school was decorated for the second part of QEGS’s 450-year celebration day on Saturday 18th September, which was postponed from June. Staff and students welcomed alumni and members of the local community, including Victoria Atkins MP, to tour the school site, finishing with entertainment and refreshments on the field. Stories and memories were fondly shared, with students from the 1940s to present day in attendance.

Highlights included music from the school choir and vocals from Lilli C, and a Battle of Britain Memorial Flight flypast. The large 450 sculpture was erected on the field for alumni and their families to pose for photos.

Prior to the celebrations, former students had been sending in their old school stories and photos which were displayed in the main hall, along with key pieces from the school archives. These were organised and collated by Mrs R Bourn, Senior Clerk, whom many will remember as the former Sixth Form Administrator and a former student.

The geography department also created a large map entitled ‘Where in the World Are You?’, providing a visual representation of the international QEGS community.

We would like to extend our thanks to everyone who attended, particularly as the date had to be rescheduled. Our students are quite rightly very proud of their school and they in turn are a credit to us and our community.